Tips on How to Engage an Audience

I recently gave a talk at a luncheon hosted by my research institute.In the days since, I’ve had a few experiences that have brought me to this blog. I’d like to talk about how to engage an audience, whether it’s an actual audience, or an interviewer, or new colleagues at a networking event. From my perspective, there are a few rules of engagement, in no particular order...

I recently gave a talk at a luncheon hosted by my research institute.

In the days since, I’ve had a few experiences that have brought me to this blog. I’d like to talk about how to engage an audience, whether it’s an actual audience, or an interviewer, or new colleagues at a networking event. From my perspective, there are a few rules of engagement, in no particular order:

1. Know your audience, part 1. A friend of mine suffers from the worst case of foot-in-mouth syndrome that I have ever had the privilege of witnessing. He has very strong opinions on politics, military, religion, etc., and seems to think that whomever he’s engaging has the same beliefs that he does. And when he’s wrong, he’s spectacularly wrong. I’ve seen him wax philosophically on religion to a devout Christian (he’s an atheist), and vehemently protest military engagement to a military officer (who admittedly was not in uniform at the time, but he knew she was an officer). And every time he realizes who his audience is, you can all but hear his jaw hit the ground, and see just how badly he feels. Now, he wouldn’t change his views, but perhaps he would deliver his opinion in a more diplomatic manner that is conducive to intelligent discourse.

2. Know your audience, part 2. Don’t speak above your audience. I was at an event where the speaker was a highly skilled technology developer. Hers was one of two talks at this community event that was catering to a lay audience. The first speaker was magnificent. But the technology developer gave a talk that was highly technical, went well over on her allotted time, and contained way too much information. When speaking to a general audience or upon meeting new people, I generally keep my communications at the level of a 12th grader, avoid acronyms and language specific to any one field, and use short anecdotes to get my points across. Otherwise you risk sounding arrogant and being perceived as not relatable. Some of the most watched talks in the world are TED talks, right?

3. Read the room. I was recently at a social gathering. It was getting late, and the group was breaking up. The bill had been paid, people were standing, and one woman had her purse on the table, ready to go. Another woman launched into a detailed story that was clearly going to take some time. As engaging as her story might have been, everyone just wanted to go home for the evening, and it was painfully obvious. But she just didn’t see it. It pays to be aware of body language and intent.

4. Keep it short. Get to the point quickly. A former boss of mine once told me, “Judy, if you send me an email, and I have to scroll, I’m not reading it.” She had a blackberry, so that left very little real estate to get a point across. But it was one of many valuable lessons she taught me. Whether you’re writing an email or talking to a group, be respectful of your audience’s time and interest level. When I was at the Department of Defense, I picked up the term BLUF, or Bottom Line Up Front. Get to your point – if people are interested, they’ll ask questions.

5. Be authentic. Be your charming self. Anything else is disingenuous, and quite frankly, exhausting.

6. Be the host(ess). I find that the easiest way to be a good speaker is to play the host(ess) role, just as if you were hosting a dinner at your home. Smile, be welcoming, attend to your “guests.”

7. Bring a little levity. People who can poke a little fun at themselves (without being self-deprecating) are often perceived as “one of us.” A little levity (as appropriate) will put an audience at ease. I recently gave a talk on what it’s like being a woman in male dominated fields – science and business development. After sharing some stories from my earlier career days, I showed a photo of myself with freckles and braces, looking like a teenager (I was 27 at the time), explaining that perhaps my appearance and short stature (I’m five-foot-three on a good day) made it tougher to be taken seriously at times. I rounded it out with something my father once said to me, that I never suffered from a lack of confidence. Of course, if you can bring any levity, whether it’s about you or something else, you’ll be doing yourself and your audience a favor.

So there it is. Good luck with your next speaking, networking, or interview events! 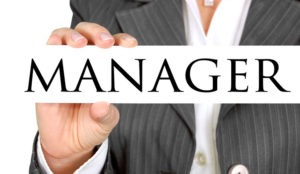 The Unicorn that is a Great Manager

You got the job. Now, how do you negotiate your package?